10 Most Popular Games from the Zylom Hall of Fame

A Trip Down Memory Lane…

There’s no better time to let nostalgia take us on a trip down memory lane. And no, we don’t mean bringing out your photo albums! That’s why, in the spirit of fun, we’ve searched our games library to find out which old games players loved the most. So which games did players consider part of the Zylom Hall of Fame? It’s time to reveal the answers with our 10 most popular Zylom games. And they are…!

In Elven Legend 3 – The New Menace Deluxe, Duke van Gross from the western land visits the Elven Kingdom for peace talks with Queen Aerin. But it soon turns out he’s not there for peace; instead, he’s determined to take over the kingdom and enslave all the elves! Help the young queen fight off the duke’s evil plot in this stimulating Time Management game. 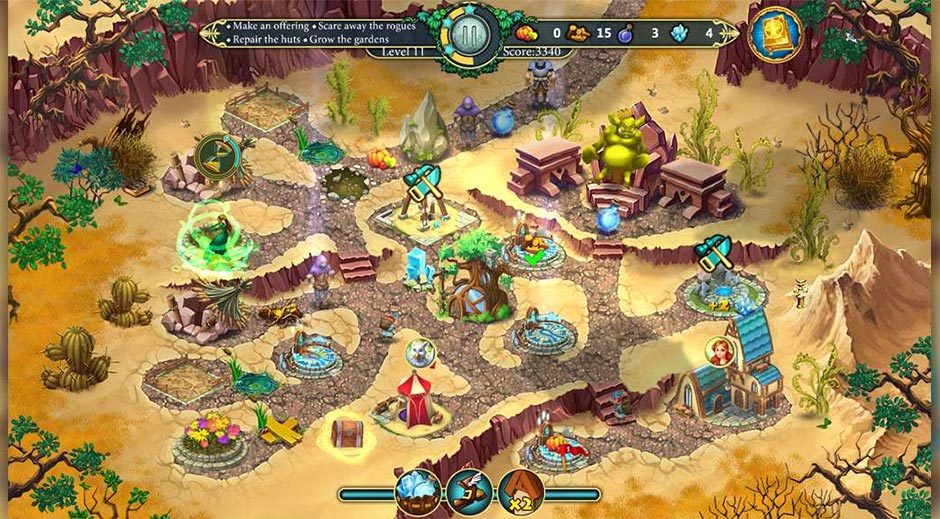 2. The Chronicles of Emerland Solitaire

The Chronicles of Emerland Solitaire Deluxe is a wonderful Card game shrouded in fantasy. On your first day of magic school, Seth, an evil sorcerer, vows to bring down the four kingdoms. Now fate hangs in the balance! Travel a magical land to unite its citizens and put a stop to the sorcerer and his devious plot.

Play The Chronicles of Emerland Solitaire 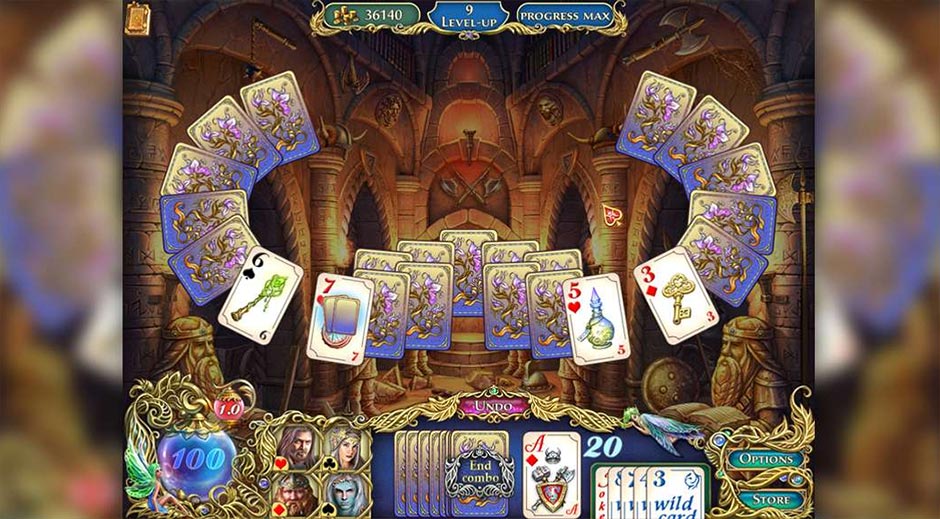 3. Darkness and Flame – The Dark Side Deluxe

Darkness and Flame – The Dark Side Deluxe illuminates a journey into the heart of Darkness. Alice finds herself behind the Great Fissure, with the power of the burning Flame inside her fading. Journey through the Desert of Death and find items to overcome challenges. Will you survive the journey to the other side in this thrilling Hidden Object game?

Play Darkness and Flame – The Dark Side Deluxe 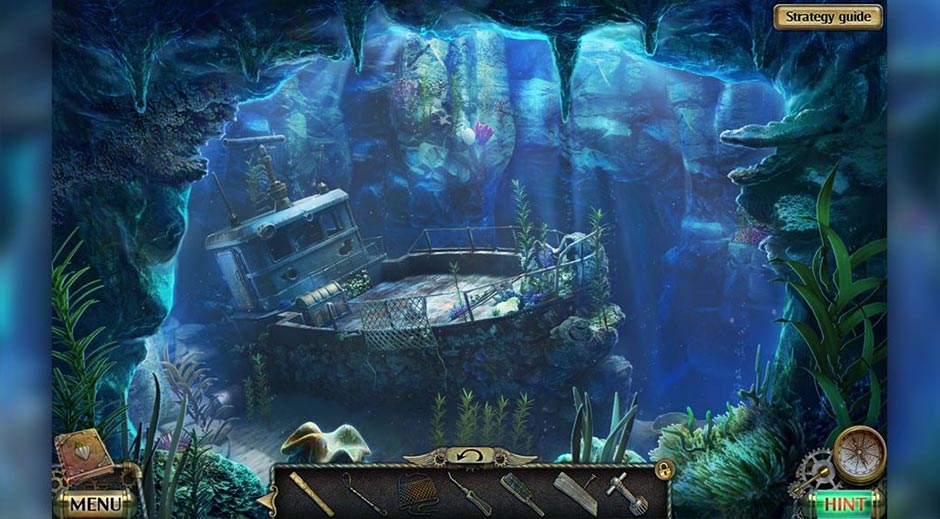 Darkness and Flame – The Dark Side Deluxe – Zylom

Step into the shoes of a paranormal investigator in Adam Wolfe Deluxe. The detective is haunted by images of his missing sister, Allie. Driven to the dark alleys of San Francisco in search of answers, Adam faces secret societies, unnatural afflictions, and ancient covenants. The criminal underworld and supernatural phenomena combine in this riveting Hidden Object mystery! 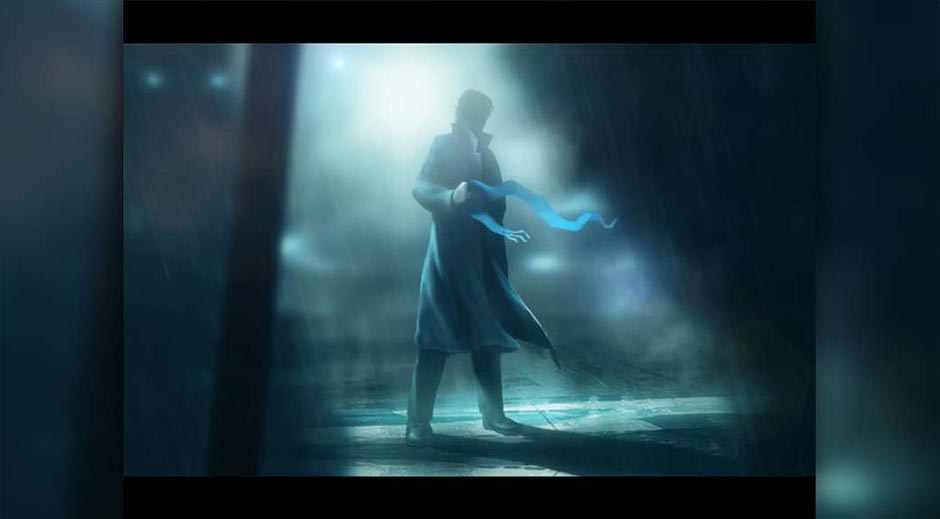 5. Darkheart – Flight of The Harpies Deluxe

Darkheart – Flight of The Harpies Deluxe tells of the legend of a dark mage. Fueled by the stolen souls of innocent villagers, only one brave enough may challenge his evil presence. Defeat the Harpies belonging to the mage, rescue your family, and put an end to his dark deeds once and for all! Will you take flight and rise to the challenge? 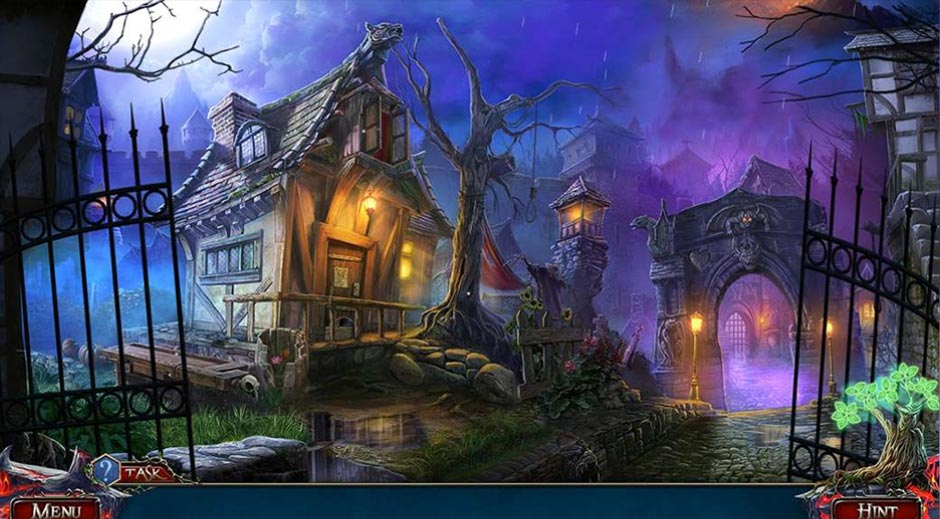 World Mosaics 7 Deluxe is an intriguing puzzle game which takes you on a wild adventure! Something seems to be off ever since the sand from the Hourglass of Time disappeared. You discover the theft is an inside job, and as a result you must remain undiscovered. Travel back in time to find clues, solve puzzles, and solve the case. Will you succeed? Find out in this thrilling Puzzle Game! 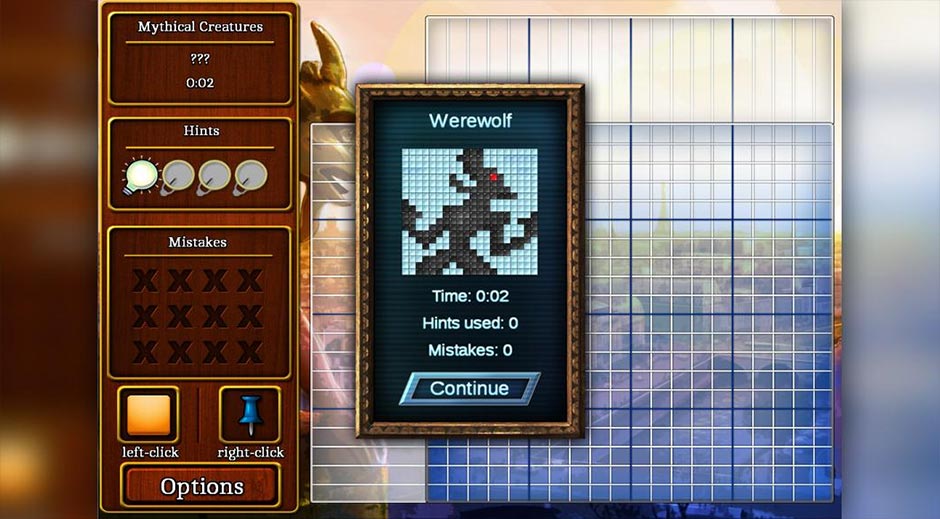 7. Chase for Adventure 3 – The Underworld Deluxe

Chase for Adventure 3 – The Underworld Deluxe continues the adventures of young archaeologist Ann. After finding the Iron Oracle, the ancient device has successfully located her lost father, Doctor Windsdoe. Journey deep inside the hollow Earth to rescue him in an all-new Time Management adventure! 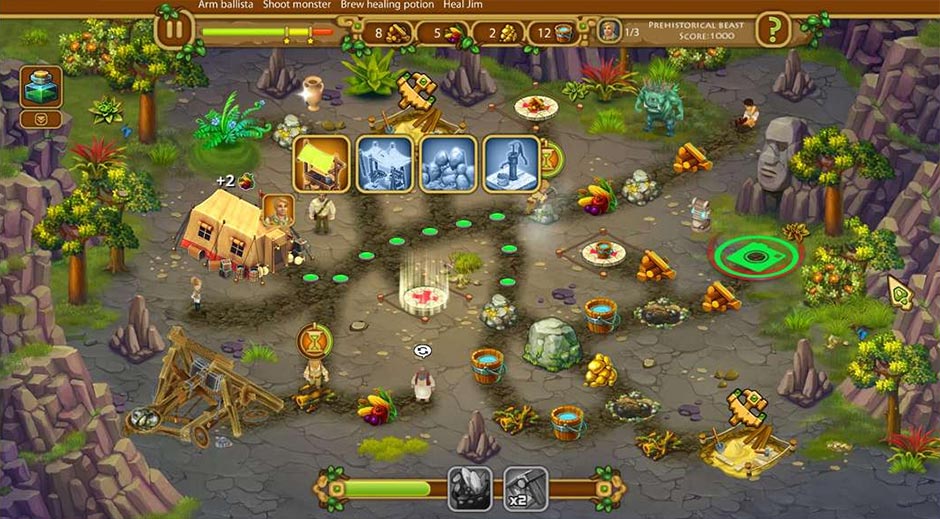 Viking Brothers 4 Deluxe makes waves when a tsunami ravages the surface and a mythological race rises from the depths of the ocean. Join forces with a former enemy and help the Viking Brothers hold their own against this new threat! One thing’s for certain: The outcome of this race will change the course of fate forever. Take up arms and become an honorary Viking in this epic strategic Time Management game! 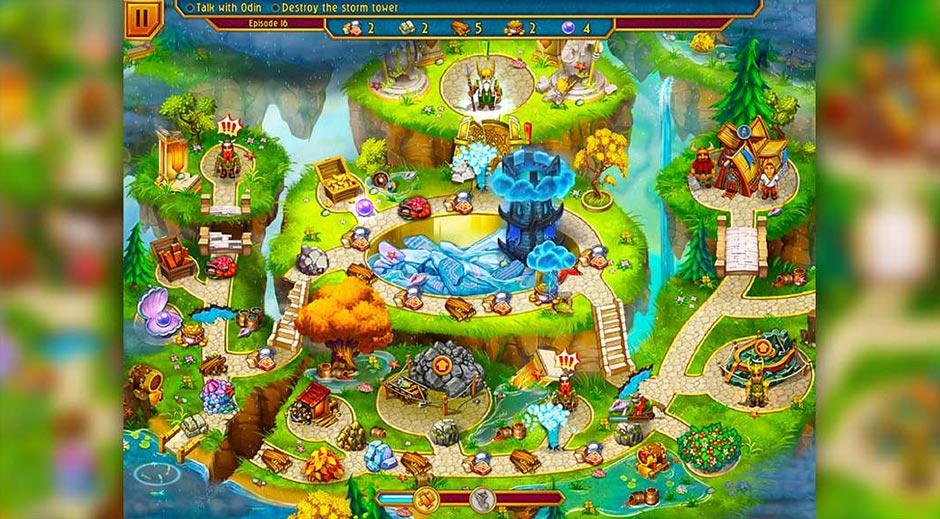 9. The Rise of Atlantis Deluxe

The Rise of Atlantis Deluxe invites you to embark on a daring voyage around the ancient lands of the Mediterranean. Gather the seven powers that lie hidden and raise the legendary sunken continent of Atlantis! Assemble magic artifacts piece by piece in this delightful Match 3 game, featuring fantastic gameplay and unique twists that will keep you entertained for weeks!

Play The Rise of Atlantis Deluxe 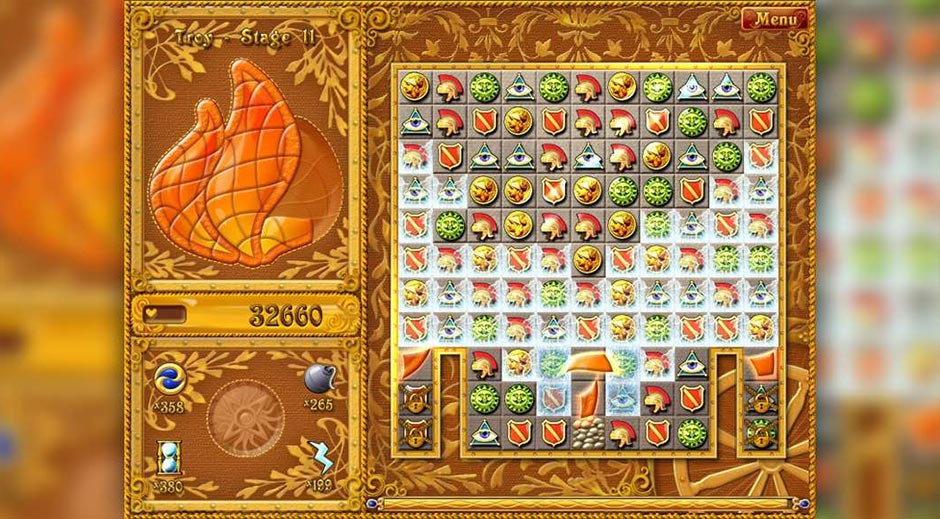 The Rise of Atlantis Deluxe – Zylom

Prospector Jack is back in Gold Rush 2 – Treasure Hunt Deluxe! Unfortunately, the prospector was greedy and became a ghost long ago. Now he’s doomed to haunt the mines forever, but you can help him lift the curse! Dig into the Match 3 mines and search for gold nuggets and other treasure. Perform special tasks and finish time and depth challenges! Do you have what it takes to be a top-notch prospector? 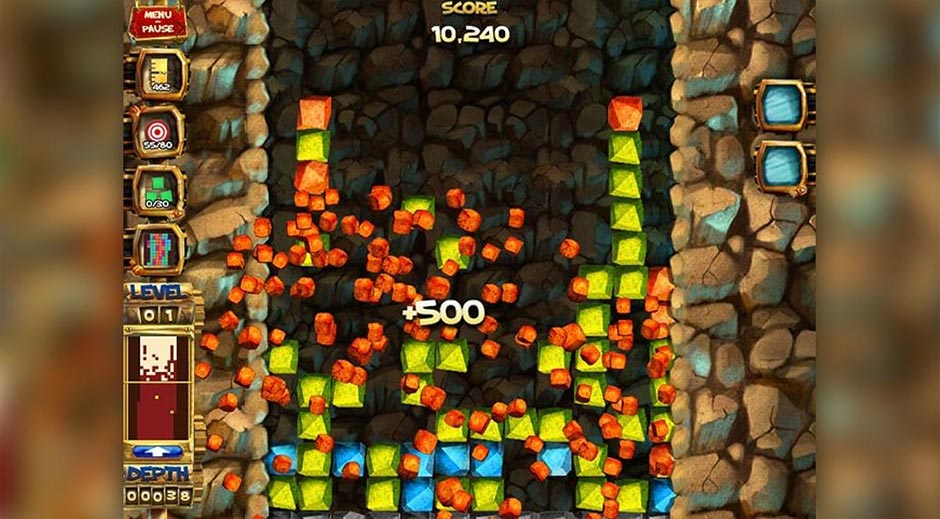 There’s Thousands of Games to Discover

In addition to new games released every week, our Zylom library is filled with classics! Revisit an old favorite, discover a new series, or try out that game you’ve always wanted to play. Zylom games are available in a variety of languages, so sign up today and enjoy a personalized experience for players all over the world.