We have updated our Terms of Service and Privacy Policy. Please be advised we use cookies on our site in order to give you the best experience
More informationGot it!
Other country
DownloadOnlineFunPassHelp
Register for free | Log in
Home > Multiplayer games > Teasers 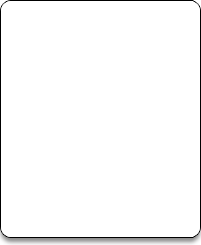 Teasers is a fun and simple card game, which you can play with others! All you need to do to win, is be the first to play all your cards, or reach the needed amount of points. There are two other game options you can choose to play: Blitz and Original. Don't underestimate your opponents though; they will not make it easy for you. Be quick and use your trick cards wisely!

Be the first player to lose all cards. At the beginning of the game, each player will receive seven cards. But beware: your opponents won´t go easy on you. Be quick and use your cards wisely.

1. Each player receives seven cards, after which the remaining cards are placed upside down and form a stack. The upper card will be turned around and forms the start of the central discard pile.

2. When it´s a player´s turn, the card that he or she places needs to be similar to the top card of the discard pile in value, colour or have the same symbol.

3. When a player is unable to play, he or she will automatically receive another card.

4. When a player plays the ""Skip a turn"" card, the following player loses his turn.

5. The ""Turn around"" card changes the direction of play of the game.

7. A player may place the joker card at any time and choose a colour afterwards.

8. When a player plays the +4 card, he or she may choose a colour. The following player will receive four cards and is not allowed to discard any cards. Also with this card, this player is allowed to place another +4 card, so that the player after him or her needs to take eight cards. Do take into account that you are only allowed to play the +4 card when you are unable to play any other card.
Multiplayer games are games you play against other players. The multiplayer games on our website aren't based on the skills of the players, but on chance. So everyone has equal chances at winning!

Choose the game you'd like to play, and click on a room. The amount of coins you have to pay to join a game depends on the room. The higher the stakes are, the higher the prize is for winning a game!
What our players think of Teasers
Write a review!
There are no reviews yet. Be the first to write a review about Teasers!